As Principle contractor we found ACM Contracts to be very proactive, professional and accommodating. Being a sensitive location, we needed a contractor that would be more receptive to the needs of our client and conscious of the nature of the environment they were working in. Their works were often carried out around live services, including medical gases, which required a level of competence over and above that expected of most demolition contractors. Since the works were often refurbishment, we required ACM Contracts to carefully remove sections of the building while leaving adjacent elements untouched.

I would highly recommend ACM Contracts as demolition or asbestos removal contractor. Their level of site management was always suitable to the task and their operatives worked safely taking due care for themselves, other contractors and the staff, patients and public of the hospital. It is worthy of note that during the seven years at York Hospital we did not have a single reportable accident, and this is due in part to the safe working practices adopted by ACM Contracts.

ACM Contracts have worked for Kier on numerous project other than hospitals and include a wide variety of different types of projects including schools, hotels, housing projects and large civil contracts.

Thank you to ACM Contracts for working both safely and in a very professional way and the cooperation of all their operatives with a special thank you to Colin the supervisor.

Can you please pass my Gratitude and thanks to your staff and Daniel Jones from all clear solutions they are currently carrying out their duties with little disruption and professionalism whilst in the establishment.

I would like to thank your operatives, on the good standard of workmanship, diligence and tidiness in carrying out their work, in a safe manner due to the nature of the demolition work on this site. They also have worked in difficult circumstances due to the heat wave we have had this week, but have represented you and your company with great professionalism.

You Can Trust The Asbestos Experts

Every survey completed by ACM Contracts includes bulk sample analytical results, photographs’ sequential records of the site survey, an asbestos register and site plans showing the location of any identified asbestos. We also provide recommendations for the treatment/removal and management of all asbestos containing materials.

Asbestos Removal & Disposal
Asbestos can be extremely dangerous, meaning it is vital that an asbestos specialist professionally removes the material. 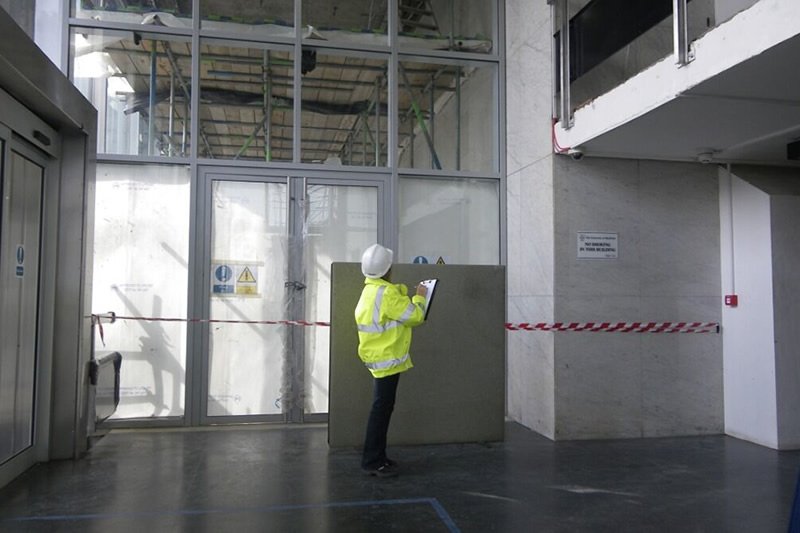 Asbestos Surveys
Although Asbestos is now banned in the UK, the harmful material remains in tens of thousands of buildings.

Demolition
At ACM Contracts we perform a range of demolitions services including strip outs and asbestos removal works.

See How We Can Help You